US Airlines that Get the Most and Least Consumer Complaints

Stacker ranked airlines by those which received the most customer complaints in March 2022, based on data from the 2022 Air Travel Consumer Report, released in May 2022. Data points covering the total number of complaints and passengers served during that period are included for each carrier. The ranking was based on the number of complaints per 100,000 passengers to account for the varying sizes of airlines. 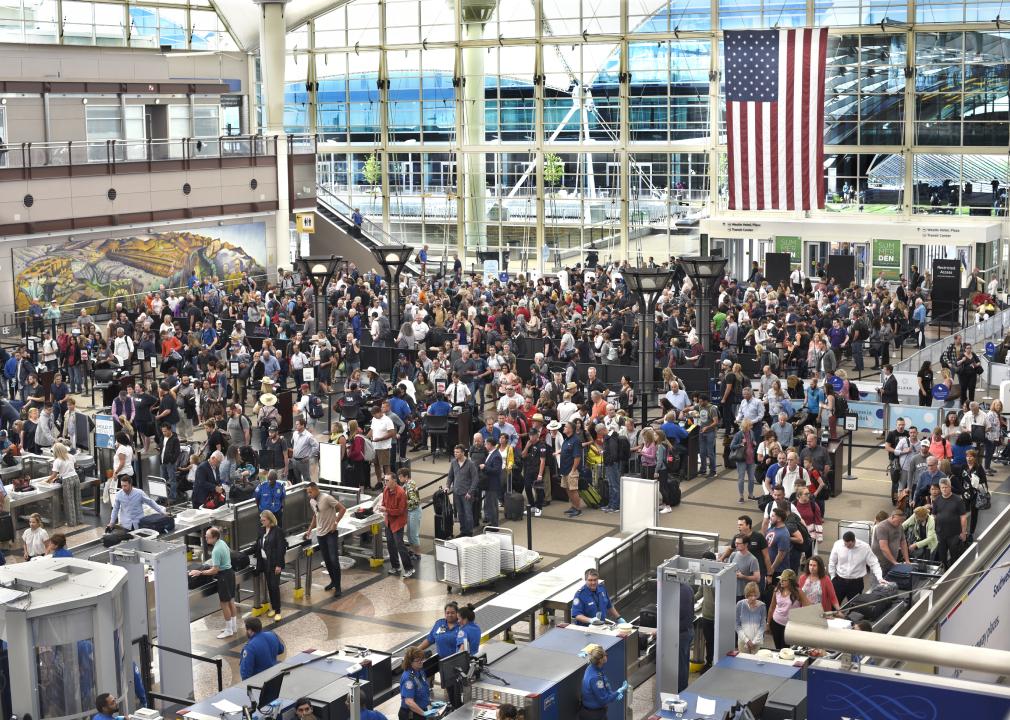 US airlines that get the most and least consumer complaints

Experts have attributed the last year’s tumultuous flying conditions to a shortage of pilots and other airline workers, worker absenteeism driven by the continued spread of COVID-19, and extreme weather conditions.

And most airlines and travel experts expect more of the same for the summer of 2022, only with 25% more expensive ticket prices compared with last year.

In fact, airports this summer are anticipated to be even busier than they were pre-pandemic, in a trend experts have come to call “revenge travel.” Flyers got a taste of the busy summer travel season to come in May, which saw travel spending surge above pre-pandemic levels for the first time, according to the U.S. Travel Association.

Correction: A previous version of this story had accurate data for each airline but was sorted incorrectly for the overall ranking.

Continue reading for intel on which airlines you may be wise to avoid.

You may also like: Most popular historic sites in America 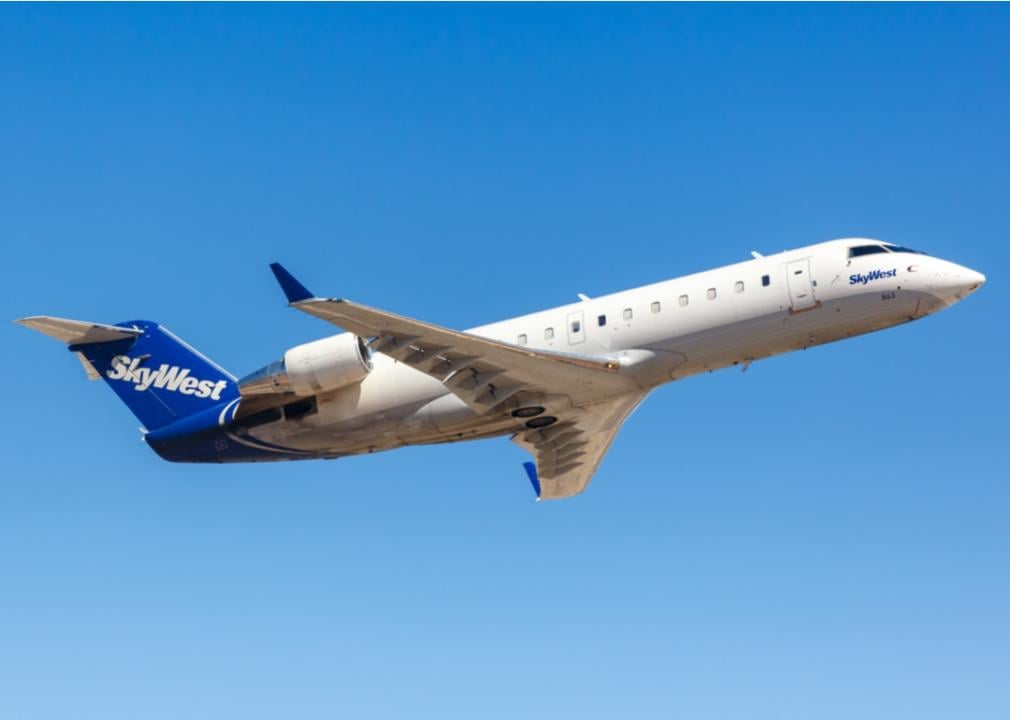 Utah-based regional airline Skywest is contracted to operate flights for larger airlines including United Airlines, American Airlines, Delta Air Lines, and Alaska Airlines. The company operated a fleet of more than 600 planes and flew the most routes on behalf of United and Delta in 2021, according to a filing.

In today’s difficult labor environment, regional airlines like Skywest are increasingly seeing their routes cut by the larger airlines they’re contracted by in favor of more profitable ones. 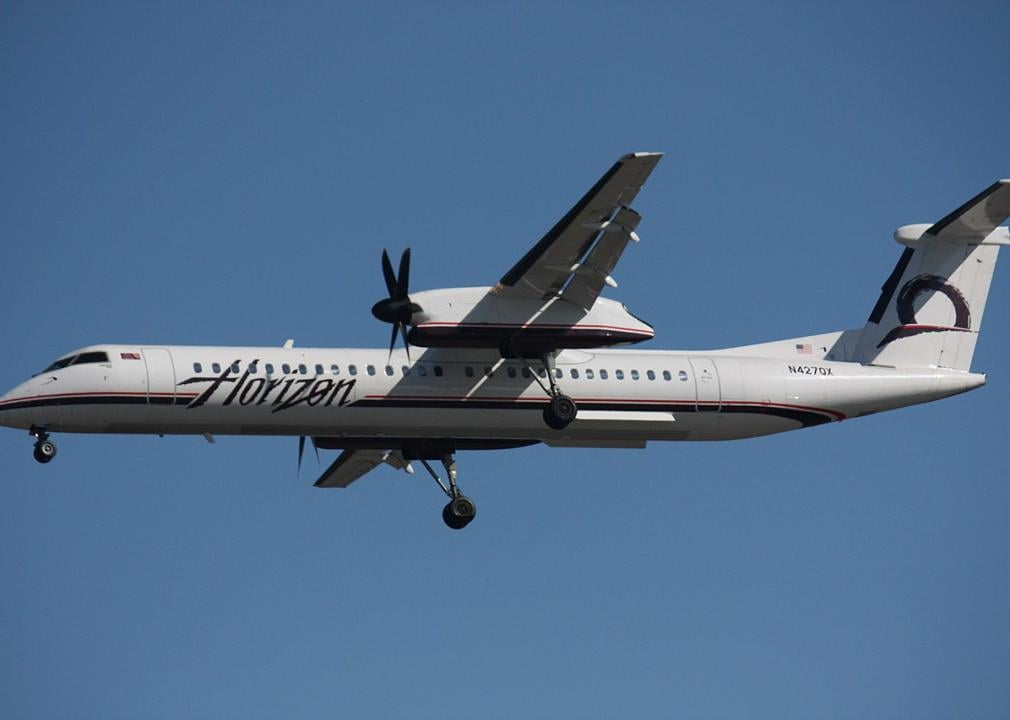 Washington-headquartered Horizon is Alaska Airlines’ sister carrier. The company is in the midst of transitioning its fleet to Embraer jets, which it says will improve operations and fuel efficiency.

In conjunction with parent airline Alaska, Horizon flies to about 120 destinations in the U.S., Canada, the Caribbean, Costa Rica, and Mexico. The regional airline took a $10 million loss in the first quarter of 2022. 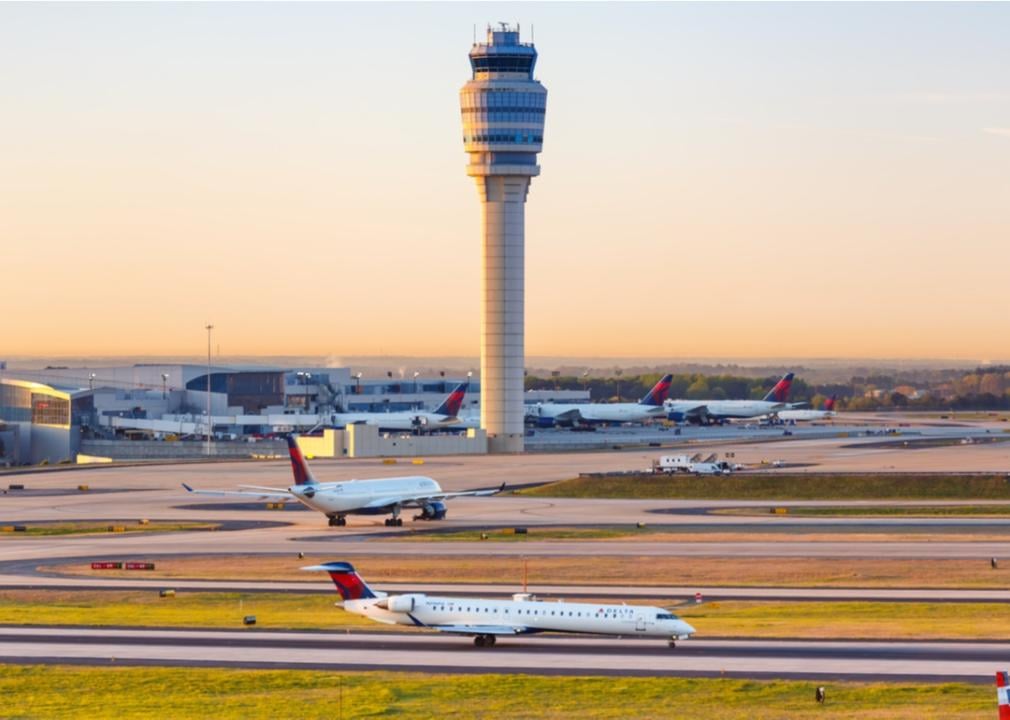 Minnesota-based Endeavor is a subsidiary of Delta Air Lines. The regional carrier was known as the best-paying airline for beginner pilots until early June when pilots at Piedmont Air and Envoy Airlines secured massive pay raises.

Pilots’ push for higher wages comes as airlines struggle to hire and retain them, affecting flight operations and the number of routes airlines can offer travelers. 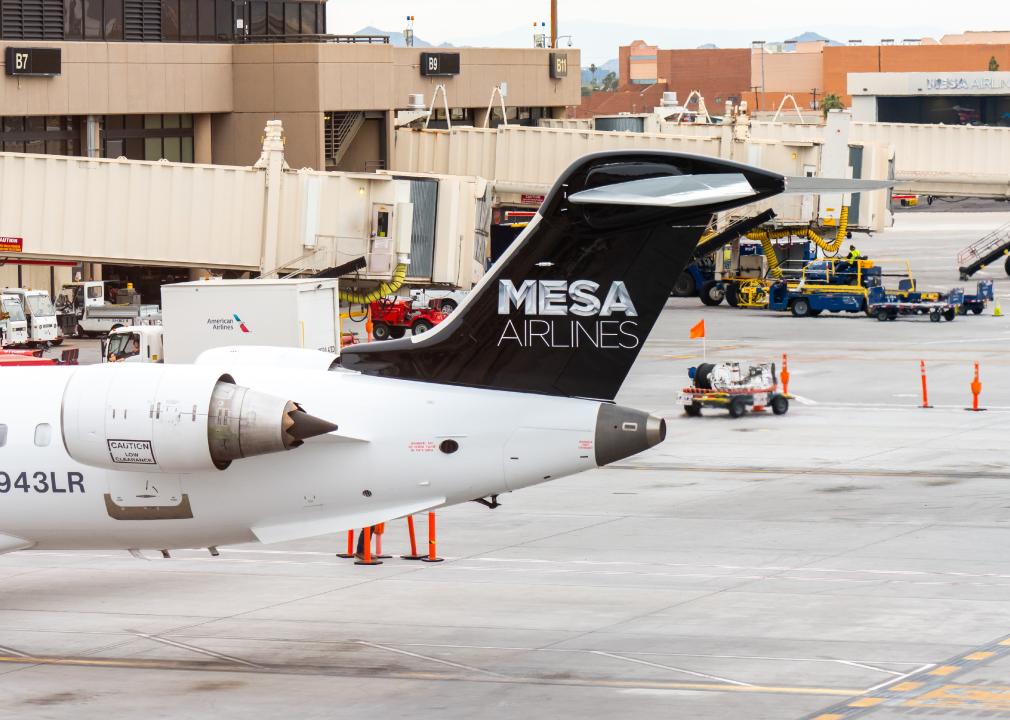 Regional carriers like Mesa are seeing their pilots poached by larger airlines to address labor shortages, creating operational issues, according to airlines and analysts. Mesa’s CEO recently told Congress its labor woes are “the single greatest threat to the industry” he has witnessed since 9/11.

Mesa employs around 3,600 people and said in May it needs to hire hundreds more pilots. 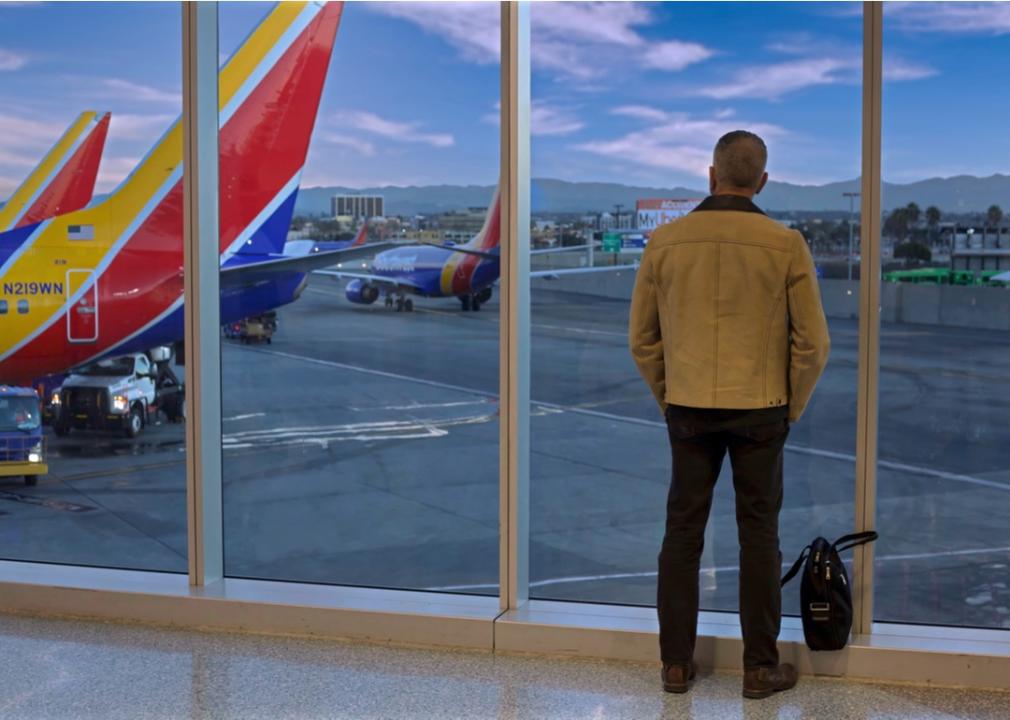 Like other major carriers, Dallas-based Southwest is facing labor troubles that have hampered its summer flying schedule. The airline cut 20,000 flights this summer to accommodate fewer pilots, mechanics, and other workers critical to its operations. 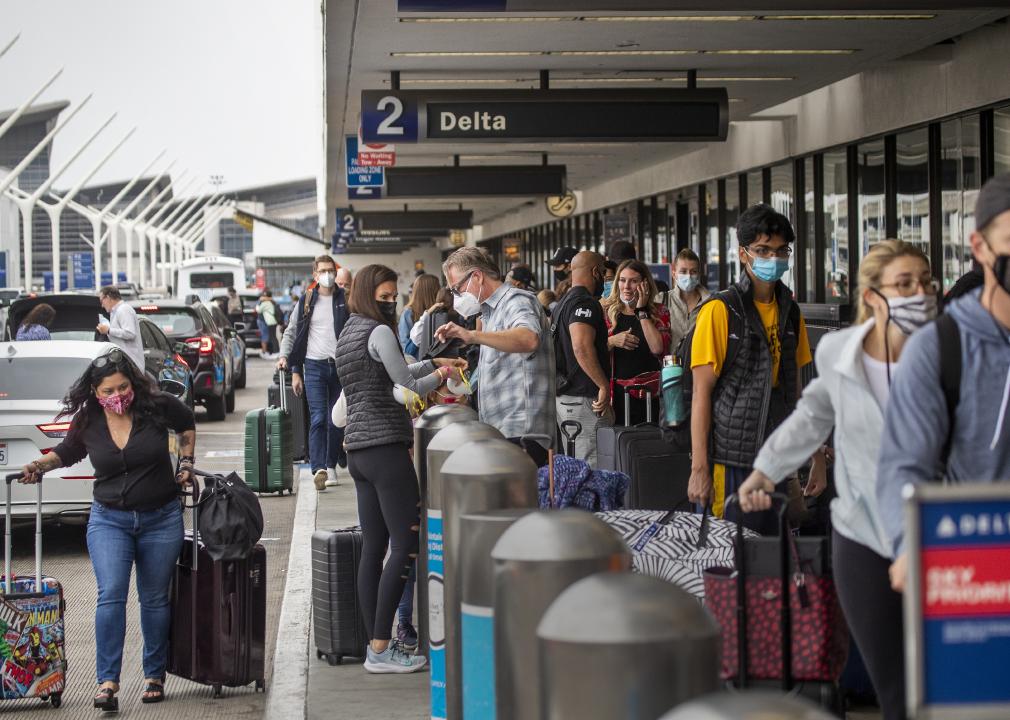 Delta Air Lines is slashing the number of flights it will run this summer to avoid having to make last-minute cancellations for travelers. At the end of May, the airline said it would cut about 100 flights a day from July through August.

While flying hasn’t been the most comfortable experience for passengers since the pandemic, airline customers have become increasingly ill-tempered themselves. There have been reports and viral videos of passengers spitting on and assaulting attendants—sometimes even forcing pilots to prematurely land planes. 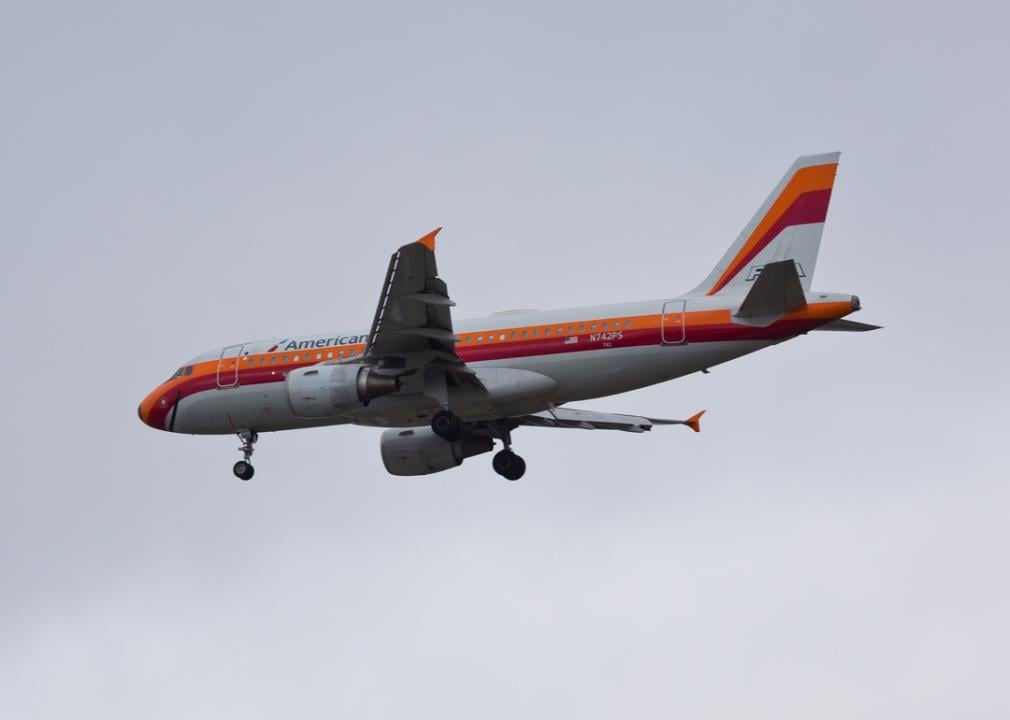 PSA Airlines is one of three regional subsidiaries owned by American Airlines. The regional carrier flies to destinations in the eastern and midwestern U.S. including between the hubs of the Philadelphia National Airport, Charlotte Douglas International Airport, and Ronald Reagan Washington National Airport.

In the first three months of 2022, PSA had an above-average flight cancellation rate and a below-industry-average on-time arrival rate, according to the latest Air Travel Consumer Report data. 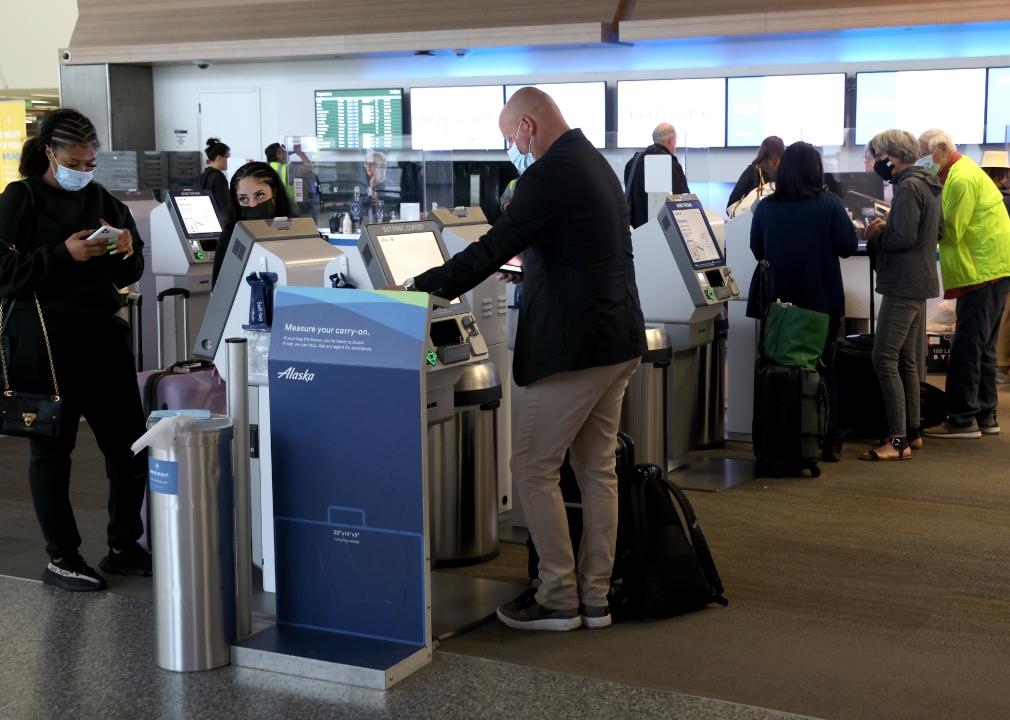 Seattle-based Alaska Airlines is the fifth-largest airline in the U.S., operating more than 200 jets in its fleet. The pilot shortage began hitting Alaska’s operations hard in April, one month after this data was collected, according to reporting by The Seattle Times.

Prior to skyrocketing gas prices and labor issues, Alaska had hoped to return to pre-pandemic flying volumes this summer. The company said in March it is aiming to hire 700 additional employees by June to assist with operations over the busy travel months. 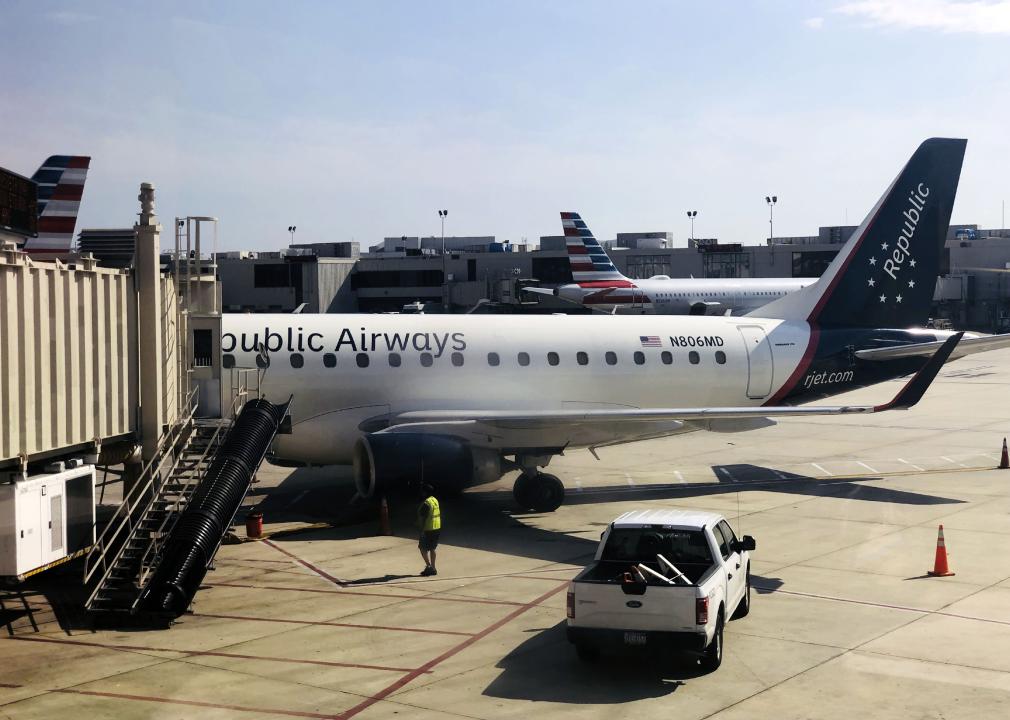 Republic Airways, an Indiana-headquartered regional airline, operates a fleet of more than 200 jets on behalf of American Airlines, United Airlines, and Delta Air Lines. Republic recently proposed the Federal Aviation Administration cut the required training hours for pilots in half to address the industry-wide labor shortage. 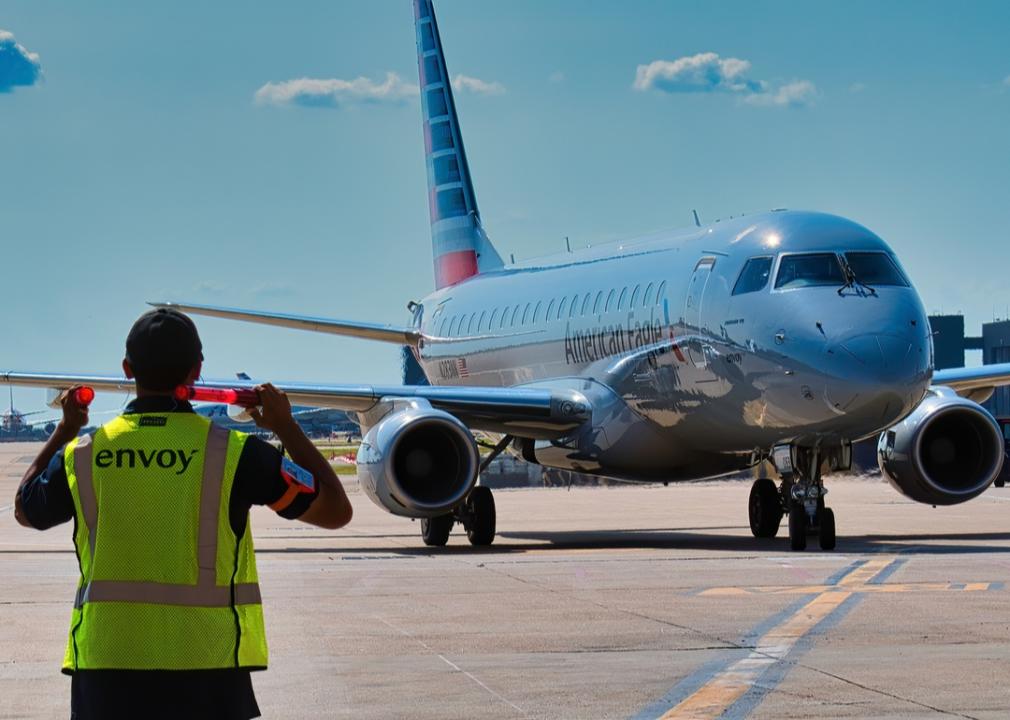 Texas-based Envoy Air is another subsidiary of American Airlines, which operates largely from Dallas Fort Worth International Airport alongside its parent company.

Envoy has flown fewer jets recently because there aren’t enough pilots to fly them. When American Airlines grounds flights due to operational issues, it tends to ground jets under regional carriers like Envoy and Piedmont Airlines. 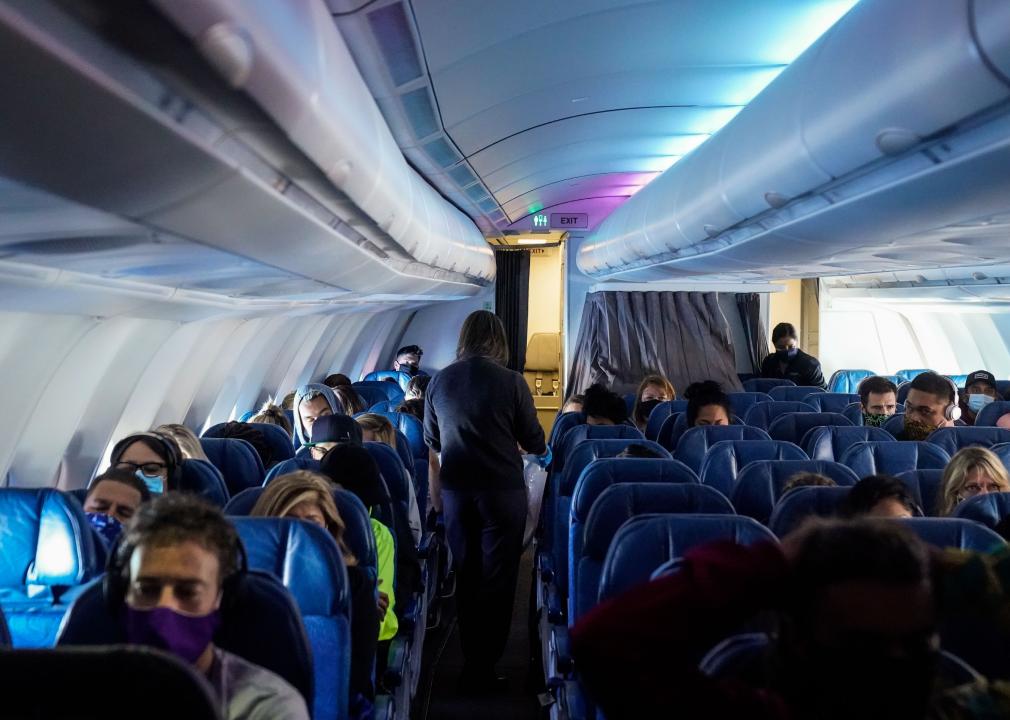 Hawaiian Airlines is the largest operator of flights to and from the Hawaiian islands. The airline is looking to hire around 600 employees companywide as labor shortages threaten to upend the summer travel season.

The company is still seeing revenues below pre-pandemic levels and took a $120 million loss in the first three months of this year, according to its most recent filing. 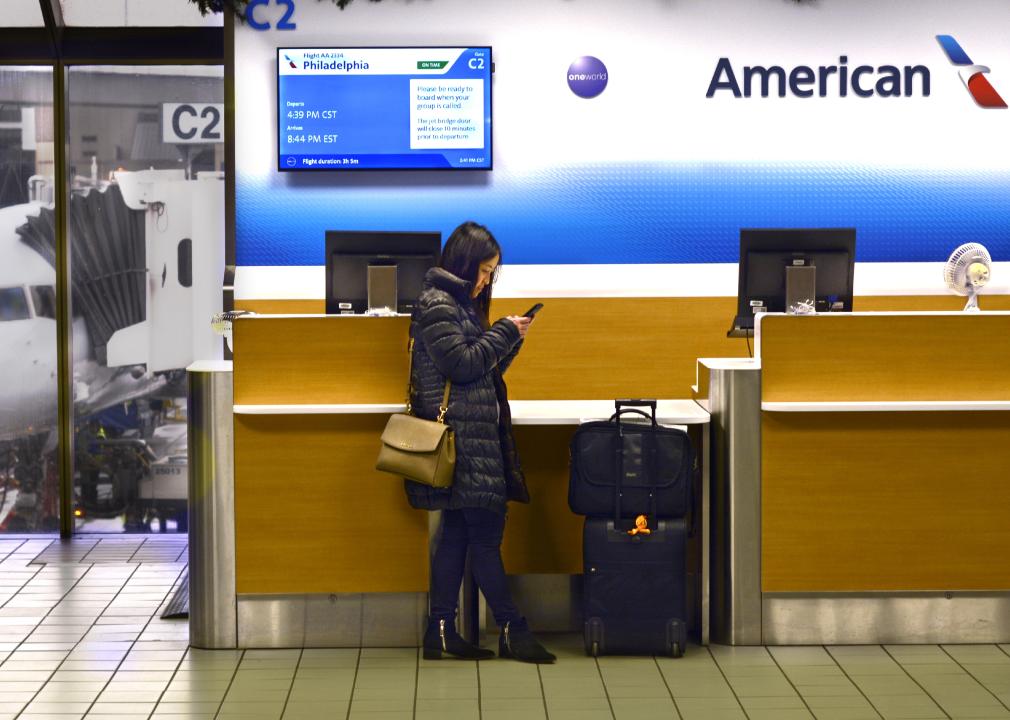 Fort Worth-based American Airlines flies to around 350 destinations in at least 50 countries. The behemoth airline saw its revenues climb above pre-pandemic levels for the first time in March, according to executives.

The airline has struggled to keep up with exploding demand for travel this year, grounding at least 100 of its smaller regional jets and ramping up hiring efforts recently. American is hiring pilots away from its regional carriers like Envoy and Piedmont to make up for its staffing deficit.

Nearly 13,500 of the airline’s pilots and flight attendants took voluntary leave or early retirement packages during the pandemic, according to reporting by The Dallas Morning News. 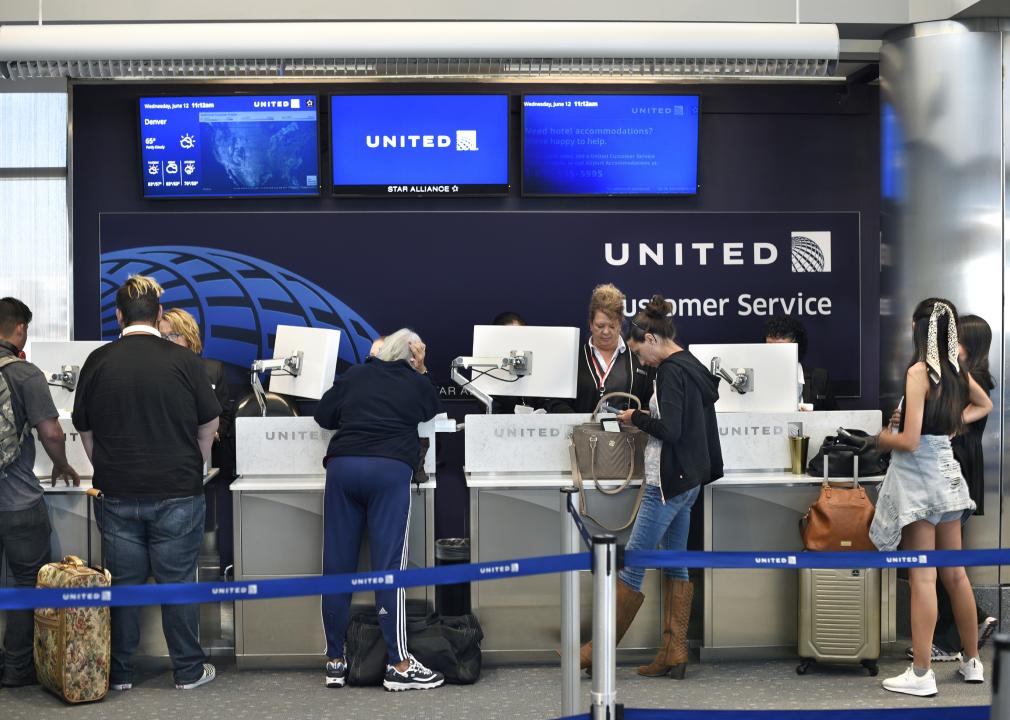 Illinois-based United Airlines is the third-largest U.S. airline. It took a steep $1.4 billion loss over the first three months of the year as the omicron variant of COVID-19 kept travel demand low. With demand surging back, it anticipates spring 2022 will bring in record revenues.

The airline recently debuted a bag check “shortcut” at its terminals that allows passengers to check a bag in a minute or less on average.

In response to the pilot shortage, United is spending $100 million to expand its pilot training center. It’s aiming to hire 2,000 new pilots this year to meet travel demand. It also outright bought a flight training academy in Phoenix. 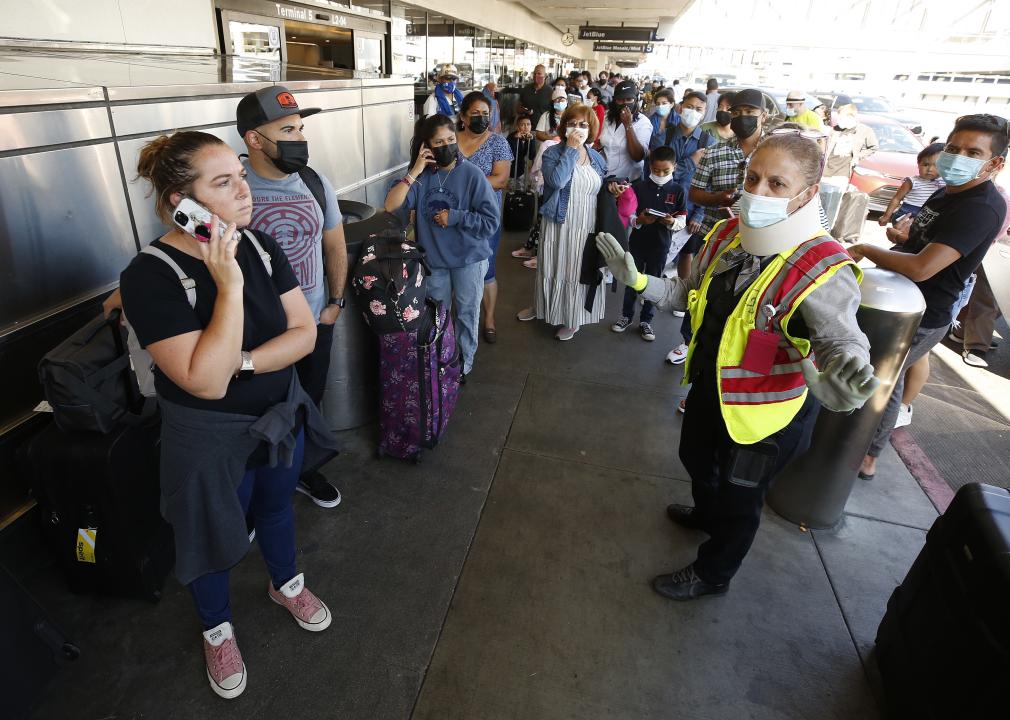 Florida-based Spirit Airlines is a low-cost airline that operates a major hub out of Orlando International Airport.

Like other airlines, Spirit intended to grow its operations this year but has instead had to cut back on how many flights it will offer because of staffing issues and rising costs. The company posted a nearly $200 million loss in the first three months of 2022.

Spirit is currently being pursued for a merger with JetBlue Airways and Frontier Airlines. Regardless of which company moves ahead with the transaction, it will create the fifth largest airline in the U.S., according to CNBC. 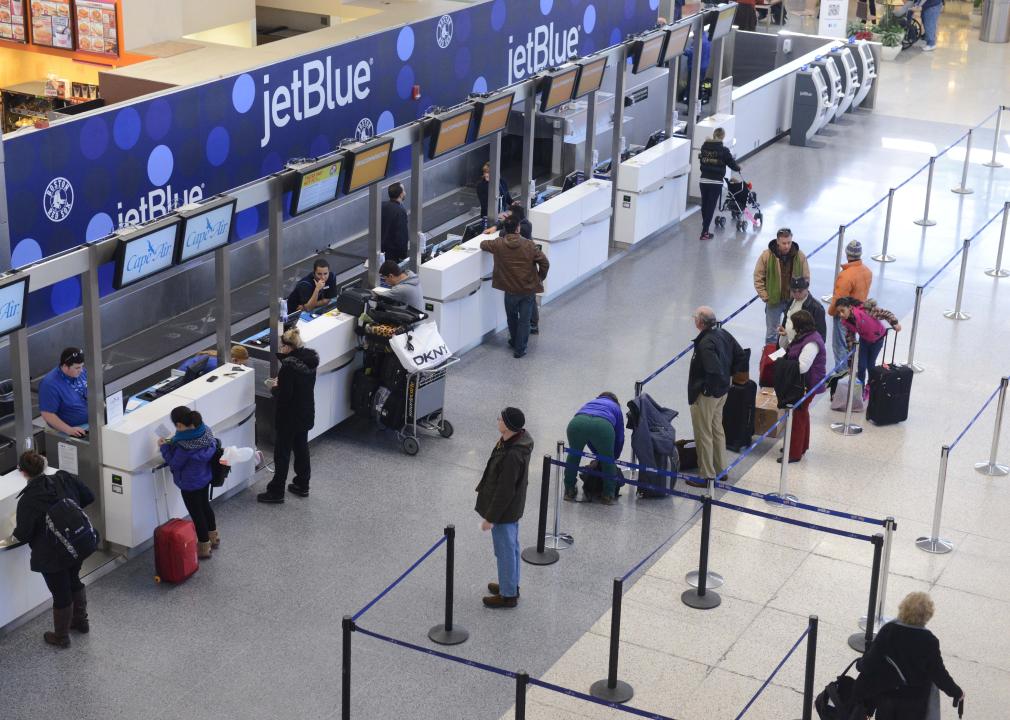 New York-based JetBlue is among the top 10 airlines in the U.S. by passenger volume, and is considered a low-cost carrier similar to Spirit and Frontier.

JetBlue’s president and COO said the airline will run at around 10% reduced capacity this summer. Like other airlines, it’s mostly cited staffing shortages as its reason for cutting back.

In the first three months of 2022, JetBlue ranked among the worst for on-time arrivals and flight cancellations, according to the latest Air Travel Consumer Report data.

Both JetBlue and Frontier have made offers to merge with Spirit this year, though Wall Street has favored JetBlue in the bidding war. The two airlines pursuing Spirit believe the merger would be critical to growth in the coming years. 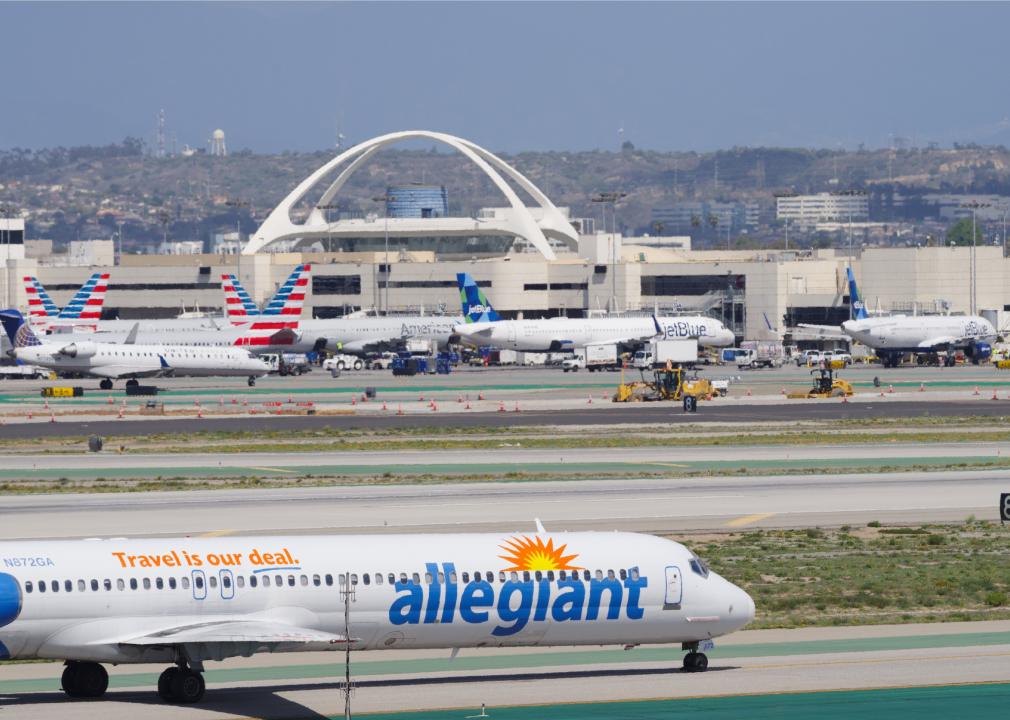 Nevada-based Allegiant Air is a low-cost airline similar to Spirit Airlines. The company has seen its passenger volumes increase to start the year. In March, Allegiant served 12% more passengers vs. the same period in 2019.

It recently announced seven new routes made possible by its new base of operations in Provo, Utah. The routes are expected to be available in August and will connect travelers in Ohio and Minneapolis with coastal Florida destinations.

The airline said it’s on track to start selling flights to Mexico by the end of 2022 as part of a joint venture with Viva Aerobus. The budget airline took an $8 million net loss in the first three months of this year, according to a filing. 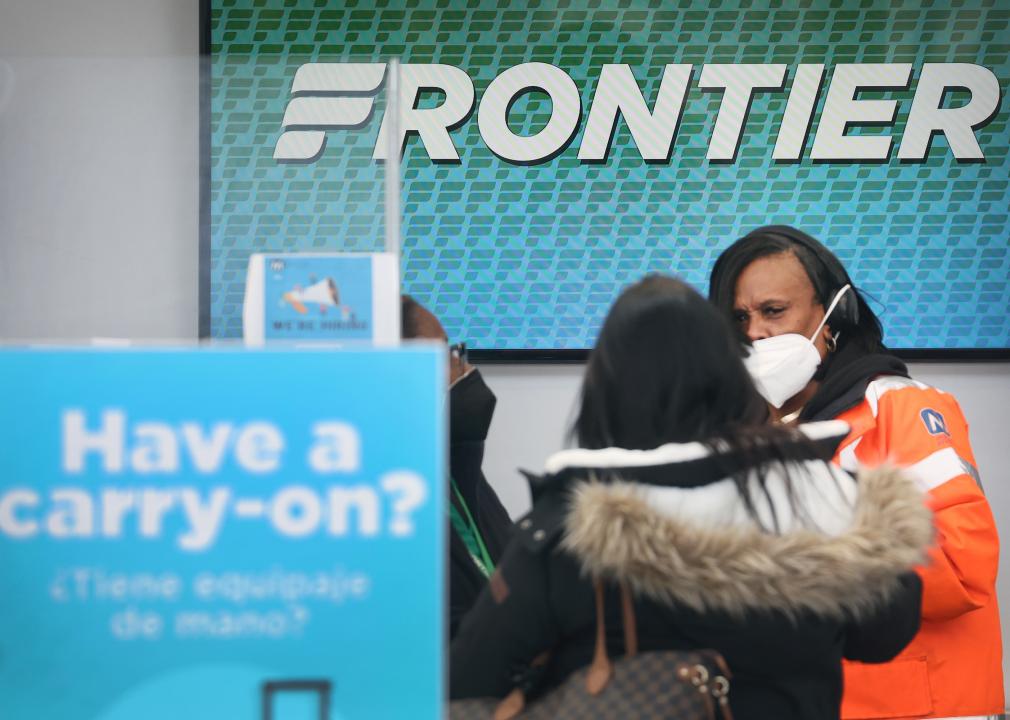 Colorado-headquartered Frontier Airlines is another low-cost airline offering flights to more than 100 destinations in the U.S. It’s the last airline to operate in Delaware and ended its service to the state effective June 6.

The airline struggled through the first three months of 2022, losing $120 million due to increased gas prices and other rising costs. Frontier is currently pursuing a merger with low-cost peer carrier Spirit Airlines, though JetBlue Airways has made a more competitive offer to merge with Spirit.

This article has been re-published pursuant to a CC BY-NC 4.0 License. Written by: Dom DiFurio, Researched By Matt Albasi.

The Best Tips for Disneybounding the Easy Way

Disneybounding is the art of putting together Disney character-inspired looks from everyday pieces you own…
Sarah 0
Travel Tips
June 16, 2022

How to Get Your Baby to Sleep While Traveling

Having a baby is a life changing experience. It is a joyful, exhilarating, and sometimes…
Sarah
Travel Tips
February 16, 2022

The Best Advice for Maximizing Carry On Luggage